4 Tips to Begin Healing Your Life 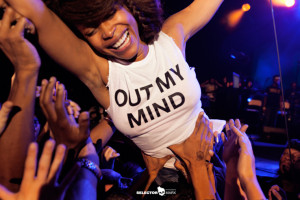 Quick tips for self healing

Neglect. Abuse. Divorce. Addiction. These are just a few of the life experiences that can leave children emotionally bruised or worse, causing some to develop dysfunctional outlooks and behaviors that condemn them to perpetual self-victimization as adults.

‘There is Always a Way Through’ Emotional Trauma,
Says One Who’s on the Journey

“We not only perpetuate, but also protect the obstacles that stand in the way of our healing and happiness,” says Marta Maranda. “But there is always a way through, no matter what your situation.”

The author of “What It Looks Like,” , a new memoir detailing her own journey of healing, Maranda says she continued to use the defense mechanisms she developed in response to childhood trauma far into adulthood, which only served to block healthy emotional growth.

“As an adult decades after the initial abuse, I was still surrounding myself with similar trauma, and still reacting in the same ways to the trauma, even though those childhood survival tools no longer served me. Basically, the only one keeping me stuck in a dysfunctional and unfulfilling life was me.”

Maranda says she didn’t realize she played a part in her own dysfunction until the treatment of a family member for substance abuse caused her to think differently.

“I don’t drink, use drugs, or have a sexual dysfunction. I’ve never even had a cup of coffee in my life,” she says. “So it was easy to look at everyone else as the cause of my problems.

Maranda became a rarity: sober and voluntarily, she admitted herself into a five-week residential treatment center. That’s where her healing began.

“But I’m not done,” she says. “Healing involves tearing down all those dysfunctional coping mechanisms—fear, anger, denial, justification—and rebuilding your life piece by piece. I still have to do the work every day.”

She offers these tips for others whose past trauma has resulted in self-destructive thought and behavior patterns, such as a willingness to remain in unhealthy relationships or an over-reliance on comforts like food, drugs, or alcohol to soothe painful emotions.

•  Look inward for reasons, not outward for blame.
It’s easy to find other people or situations to blame for your problems. Even if the initial trauma was inflicted when you were at your most vulnerable, and by someone you should have been able to trust, at some point you have to take responsibility for your own life. “How are you contributing to the dysfunction in your life?” Maranda asks. “The decision to remain stuck in a dysfunctional life is yours. The responsibility to move forward toward healing and happiness is also yours.”

•  If you’ve done it, admit it.
Look fearlessly at the wrong you’ve done, at the pain you’ve inflicted on yourself and others through your own dysfunctional behavior, and admit it. “Only by owning it can you change it,” Maranda says. “And only through change can you heal.” Likewise, look kindly and with humility at the good you’ve done. Own all that is valuable about you, and build upon it.

•  Information, not shame.
The lessons of healing always come with a choice: information or shame? If you are doing your healing work properly—meaning completely breaking down every defense mechanism you’ve built to keep yourself blind to your own dysfunctional behavior—the realizations that you’ve caused others harm, pain, or even extreme damage will come. But eventually you have to choose between continuing to feel shamed, which leads to feelings of worthlessness and hopelessness, or accepting the realizations as the information necessary to repair your life. “Much like a doctor needs to objectively understand what’s broken to diagnose a problem, so do you need to look objectively at your dysfunction and its consequences to heal it,” Maranda says. “Then use your healthy guilt feelings, not shame, as a reminder of what you can’t do again.”

•  Build a support system.
No one’s said it better than Einstein: You can’t fix a problem with the same broken mind that created it. Left to their own devices, many people who are convinced they need to change will still seek out environments that support their dysfunctions rather than strengthen their healing. “Change is hard, and healing isn’t always comfortable,” Maranda says. “That’s why people often find their way back to what they know, even if what they know is destructive or deadly.” Building a support system of people—whether family or friends, or from a therapeutic or spiritual community—whose perspectives get you out of your comfort zone and away from the dysfunction you know is essential for healing.

Marta Maranda is a writer, businesswoman, and author of “What It Looks Like”. She holds a bachelor’s degree in communications and undertook a year of post-graduate study in psychology. She is currently working on her second book.

READ THE COMMENTS OR ADD YOURS